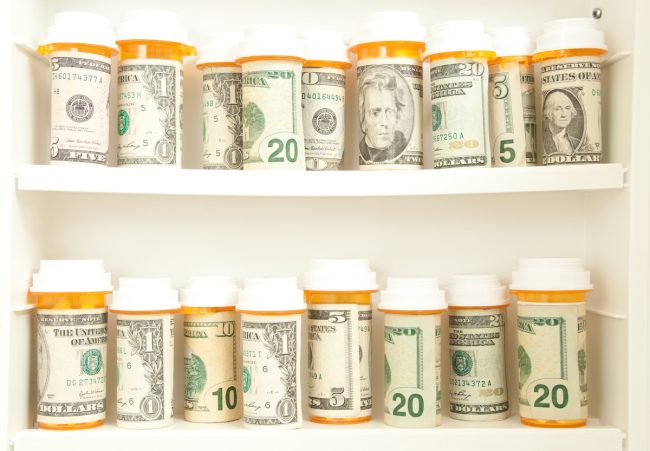 A model measure would require health plans to include financial assistance that policyholders receive, as well as drug rebates, towards their pharmaceutical deductibles, copays and coinsurance.

Most health plans do not allow rebates and outside financial assistance to count towards a policyholder’s drug deductible, which critics assert penalizes enrollees.

The model measure introduced by the National Council of Insurance Legislators (NCOIL), a bi-partisan organization of state elected officials who specialize in insurance law, would require them to count those outlays towards coinsurance and deductibles.

It’s expected that some NCOIL members will introduce similar legislation in their home states in 2022 or in subsequent years.

If successful, such laws could be a boon for some patients who receive help from drug companies or whose drugs are eligible for rebates

This is a significant move as pharmaceuticals become more expensive and lawmakers and policymakers wrestle with how to make them more affordable and stem steep annual cost increases.

Health plans’ and PBMs’ drug formularies have different cost-sharing amounts for different tiers of drugs. The lowest amount of cost-sharing is mostly for generic drugs, some of which are even available with no copays.

There are typically at least three tiers of drugs, with the higher reserved for brand-name drugs for which there are not always generic versions available. The top tier is usually reserved for the most expensive, specialty medications.

For expensive pharmaceuticals, some drug makers will sometimes work with patient advocacy groups to fund programs that offer financial support towards out-of-pocket expenses for patients that purchase their drugs.

Drug companies will also provide rebates. But often, pharmacy benefit managers and health insurers will receive those rebates and there have been questions as to how much of them they share. And they don’t count those rebates towards the patient’s out-of-pocket maximum.

The model legislation is just that: a model. NCOIL has put the proposed measure on its agenda for its Nov. 18 meeting.

It’s expected that some NCOIL members — Republican and Democratic lawmakers from all 50 states — will write and help pass similar measures in their home states.

The preamble to the language in the measure states that it aims to address programs that keep cost-sharing assistance payments from counting towards a patient’s annual out-of-pocket spending limit.

That draft’s model language states: “When calculating an enrollee’s overall contribution to any out-of-pocket maximum or any cost-sharing requirement under a health plan, a carrier/insurer/issuer or pharmacy benefit manager shall include any amounts paid by the enrollee or paid on behalf of the enrollee by another person.”

Insurance companies and PBMs say that the measure would be improved if it would limit its scope to only include drugs with no lower-cost or generic alternative. That way, it would keep pharmaceutical companies from steering patients to their more expensive drugs when there are lower-cost alternatives.

Right now, there is no pending legislation at the state level, but this could be the starting point to bring some financial relief to drug plan enrollees that are either high users of prescription drugs or have been prescribed expensive medications.